The tales are presented chronologically, so the reader embarks upon a hair-raising journey through the evolution of the genre. British writer M. Lovecraft writes of a man who takes lodging in the wrong part of town — a place that may not actually exist.

As well as being a master of the art of horror writing, Campbell is a huge fan. Drawing on an encyclopaedic knowledge of the genre, his introduction traces the history of horror fiction on both sides of the Atlantic through the work of writers and critics. The collection is illustrated by award-winning artist Corey Brickley whose work appears in the New Yorker , the Huffington Post and Vice magazine. Brickley also produced the binding portrait, which depicts a frenzied human face with part-skeletal features, set into a blood-red cloth binding.

I hope to represent all these and more in this book.

Born in Liverpool in , he has published over 30 novels, 15 short story collections and 5 novellas. Corey Brickley is a freelance illustrator and designer living and working in Philadelphia. He specialises in editorial illustration, using a mixture of 3D, texture and Wacom-based painting to create often surreal and graphic juxtapositions.

Brickley has won awards from the Society of Illustrators, Communication Arts , 3x3 magazine and American Illustration.

A collection of blood-curdling ghost stories destined to haunt the reader, presented with spookily atmospheric illustrations by David McConochie, winner of the Book Illustration Competition. A new Folio edition of chilling tales by M. James, the undisputed master of the English ghost story, accompanied by rarely-seen original illustrations by James McBryde. New Fiction. 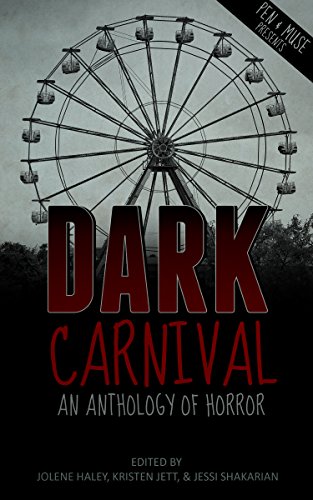 The Notebooks of Leonardo da Vinci. The Travels.


The Longest Day. Non-Fiction Non-Fiction. Young Adults. That's what I want in this kind of pastiche, but they'll also grow across the story, depending on the choices players make. Ten minutes in and I'd been beaten, lost my part of my ear and one of my friends had been shot.

Maybe taunting our captors was a bad idea, but someone has to do it. There's a web of relationships that determine how characters will react to you in different situations, and my tough guy act was quickly making them reassess our friendship.

Into the Darkness: An Anthology of Horror

After Until Dawn, the studio wanted to capture the diversity of horror's sub-genres, and an anthology lets them do that. While there will be some common threads, including the Curator character who introduces each episode and occasionally chats to players, each will have a different tone, cast and setting. So far, Supermassive is keeping the rest of the anthology a secret, but we won't have to wait too long to see the rest. The studio has said new ones should be released every six months. I could have taken it further.

I could have even left the boat and my friends to their fate. Heaton won't tell me what happens after a player chooses to escape, they might come back, they might not, but the player will still have someone to control. The perspectives switch a lot, so if you're just playing with one other person, you'll be jumping around a bit and developing friendships and rivalries between different characters. Because everything happens simultaneously in co-op, you never get the whole picture.

While I was being interrogated by our new pirate friends, for instance, my co-op buddy could only watch from a tiny porthole while he chatted with another character. Neither of us knew what was happening to the other. Since things were happening so quickly, we didn't have much time to catch each other up, making it really feel like we'd been split up. Most of our communication came in the form of shocked yells.

It wasn't until after the demo that I realised how impressive it was that everything had synced up so well. During one scene when we were separated, a huge wave struck the boat, causing chaos for the both of us, on deck and below. Despite all the conversations, QTEs and choices, everything always seemed to match up. Even with just one player, managing the branches is hard enough, says Heaton, and throwing more players into the mix makes the difficult job tougher, especially when they can go in completely different directions. Sometimes it's very small, sometimes it's massive.

It can be anything from changing the way a character feels towards you, up to and including killing a character. So that's already a complicated thing. When you have shared story co-op, you have a second player making choices at the same time, that exponentially increases the branches. Supermassive uses a tool developed in-house to help it test all the branches. All the basic elements of a shot can be put into the tool and the entire game can be created as a playable flow chart. The developers can even plug in controllers and play with two players.

It's a very low-fi version of the game, apparently, but it lets the team test out scenes and see how they work in co-op. There's also a lot of playtesting and trial and error, trying to find the timing sweet spots for everything from QTEs to dialogue choices. The one place it feels a bit awkward is when two players are in the same scene, working together or having a conversation. While one player is making their choice, the other player just gets treated to a shot of their character's expressionless face. We're only talking a few seconds, but the rest of the demo is so quick and kinetic that these strange pauses feel out of place.

I didn't get to do much investigating, given that I was being held at gunpoint for most of the demo, but once everyone ends up on the titular ghost ship, there will be time for exploration.